Talk about taking the long way around the block: A final rule on minimum entry-level CDL training requirements  — issued in December 2016 — has at last gone into effect, having been delayed several times due to having been placed under a “Regulatory Freeze Pending Review” in January by the Trump administration.

The Federal Motor Carrier Administration has stated that the effective date of the final rule is June 5, 2017. However, the agency has not announced any change to the rule’s all-important compliance date coming now in less than three years— Feb. 7, 2020 (which was based on the rule’s original effective date).

The agency had begun work on this rulemaking back in 2007, but efforts to advance a rule setting standards for entry-level driver training date actually started in the 1980s.

The rule was mandated by Congress under the MAP-21 highway bill, passed in 2012. FMSCA said the rule was based, in part, on recommendations of the agency’s Entry-Level Driver Training Advisory Committee, a negotiated rulemaking committee that held a series of meetings in 2015.

Although applauded by trucking interests, including the American Trucking Associations, the rule remains controversial because it does not include a requirement for 30 hours of behind-the-wheel training for new drivers, which had been included in the notice of proposed rulemaking that FMCSA had issued in March, 2016.

Per the final rule, applicants seeking a CDL will have to demonstrate proficiency in knowledge training and behind-the-wheel training on a driving range and on a public road. Also, training providers must determine that each CDL applicant demonstrates proficiency in all required elements of the training to successfully complete the program.

In addition, the driver training must be obtained from an instructional program that meets qualification standards set forth in the final rule. FMCSA said it expects that “many entities currently providing entry-level driver training, including motor carriers, school districts, independent training schools, and individuals will be eligible to provide training that complies with the new requirements.” 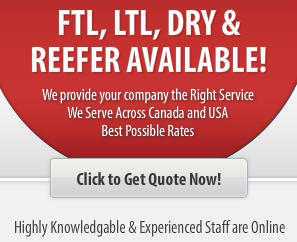